It’s that time of year again! The Cooley’s are attempting to serve our friends in Port-au-Prince Haiti.
Not true.

This year it’s one Cooley. JoLynn has to work, Megan thinks being a new mom will limit her, Micah and Caleb will be at Camp Peniel, and Amanda doesn’t want to take Oliver and Emerson with her. I’m it.

Maranatha Children’s Ministries (www.mcmhaiti.org) is an organization that focuses on the children of Port-au-Prince. This year we plan to be in Haiti from June 22 to July 9, during their English Camp. We will be there before camp starts to get things ready, and for the first week to help things run smoothly.

English Camp is a program that teaches English, Math, Science and Biblical values to over 400 kids who are unable to attend school. Along with education, Maranatha provides breakfast and lunch for all the children and staff.

Spiritual Help: I’m asking for your prayers. Haiti can be an unstable, dangerous country , and I sometimes get in… situations. Worse though is the risk of disease, dehydration, fatigue, and drama. Last thing I want is to have Haitian Happiness (stomach issues) at someone else’s house with 400 kids running around. Cooley’s need their privacy. This one especially. Let me know on Facebook or email dan@cottonwoodchurch.com and I’ll put you on my list for updates.

Financial Help: Those going are raising money for Maranatha Ministries through a Silent Auction and massive Garage Sale. However we must each raise $1350 for our own travel and food expenses. If you wish to donate to me go, there are two ways. 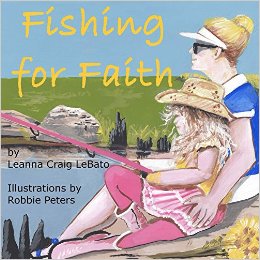 The Good: Leanna Craig LeBato has a great way of taking every-day occurrences and seeing something special in them. She helps both parents and their children understand that God is always there, even in the small things. Fishing for Faith is a refreshing read.

The Bad: This is a good book, not The Good Book, but a good book – I’ve nothing bad to say about it. And that is saying something.

The Ugly: The girl in the pictures looks a bit odd in some of them. Not ugly, just… odd. Maybe that makes it more accurate?

Confession: I did some editing for Leanna on this book, so yes I’m biased. I’m also right. 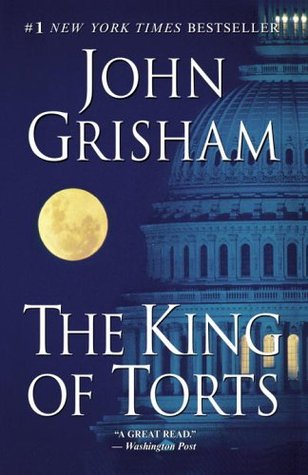 The Good:
John Grisham is back to writing his more typical legal thrillers. It’s a great way to waste some time when nothing is pressing and The Bachelor is the only thing on TV. Until you get to “the ugly” that is

The Bad:
The good guy is… rather yuck. It’s hard to feel bad when the good guy falls – and lands in his $45-million-dollar jet.

At the end of the book there is a trial at the Coconino County Courthouse in Flagstaff AZ. The book says it was the second week in September that morning, and temperature was already pushing 105F. Not likely. I grew up in Northern Arizona. When Jesus returns, I figure He will set up camp in Flagstaff. Maybe.

OK, so it was a pretty good book and this is just a glitch. But little things like a revolver that has a magazine, emergency brakes that lock up the front wheels, and cities described incorrectly somehow jerk me out of the story. So John, if you’re googling your name on a boring day when The Bachelor is the only thing on TV, and find this blog, I hope you’re listening.

The Good:
I love Lee Child’s writing style. His descriptions draw you in instead of bore you, and he has a way of keeping the suspense building. But, for this book, the writing style is the best thing about it.

The Bad:
Reacher’s political views must be the author’s views, because they just don’t fit a guy like Reacher. And to see our current middle east military actions as unjust and, in comparison, our previous ones as just – this made no sense to me. Had Reacher never heard of Vietnam? And then there was Reacher picking fights and maybe killing people that didn’t seem to deserve it. And our hero Reacher talking a married woman into sleeping with him because her husband was comatose. But, the worst part of all was the religious lie. That was flat ugly.

The Ugly:
Lee lied. Well, not exactly, instead he had an Anglican minister lie in a convincing way to make the Bible seem foolish. And his argument is, well, a lie. Attacking people’s beliefs, attacking the Bible is fair game. However, lying to do it is a cheap shot.

No Anglican pastor could be so ignorant. Nor should an author be that ignorant, even if this is fiction.

This paragraph makes it sound like our English Bible is so many copies removed from the original languages that it is unreliable. It’s a lie. I have, in my office, a Greek to English translation of the entire NT. And, shock to Lee Child and his Anglican pastor, although people spoke in many languages (including Hebrew or Aramaic) at the time of Christ, Greek had been the common written language (the lingua-franca) since the conquests of Alexander the Great around 330BC.

So, John’s original writing of Revelation was in Greek – and we currently have Greek to English direct translations. What we have is reliable copy of what he wrote. Maybe you believe it and maybe you think it is a bad acid trip – but it is reliable. Where Lee got this copy to a copy to a copy idea and why he put it in is a mystery. I hate it when fiction slides into the realm of non-fiction so the author can “prove” his point. It’s just ugly.

We did it again.

Mama and Papa Cooley: Mama Cooley is working for the first time since having a chipmunk-cheeked baby in 1985. So, for the first time since the Reagan administration, Mama Cooley is employed as a Patient and Family Advocate at Presbyterian Hospital. No, I don’t know what that means, but she’s making more money than the rest of us. The shocker is, she somehow found gainful employment doing something other than quilting.

Papa Cooley spent most of this year doing Papa Cooley things, primarily not going on his sabbatical, because life is awful. I can’t remember if Bizarre Bible Stories 2 came out this year or last year, but go buy a copy. All the proceeds go to the Children’s Cancer Recovery Foundation. Read it in your Prius, while drinking your fair-trade coffee in your fair-wage clothing, while feeling superior to all your friends – because you are.

Megan and Jon: MEGAN IS SUPER PREGNANT. She still has like, three months or something to go, so not super super pregnant, but she’s getting there. She’s not quite to the point where you can start making fat jokes (which is by far the best part), but she’s on her way. The kid will inevitably be a boy, because that’s the way life works.

Jon is graduating next semester, right after the littlest Penner pops out, so that’s pretty much right on time. Good for him and his flawless punctuality on obtaining that degree in… something. No one gets a job in their degree anyway.

Amanda and Jake: I FINALLY GET TO WRITE A CHRISTMAS LETTER WHERE AMANDA ISN’T PREGNANT OR HAS RECENTLY GIVEN BIRTH. Unfortunately, that means I’m out of joke material. She was a gold mine for barely-appropriate-for-a-Christmas-letter humor. In August Amanda and Jake moved into our house on account of the fact that she’s having seizures now, so uh, not a lot of joke material there either. Please pray with us as she seeks a second opinion with a neurological clinic that specializes in seizures.

Fortunately, having Jake and Amanda here means we also have Emerson and Oliver in the house. Today I discovered the joy of buying a two-year-old his first lightsaber. Oliver is smashing up the house as I write. It’s hilarious. I love being an uncle. Amanda and Jake seem less enthused.

Myself and Caleb: We’re still not married, so we’re both here. With parents. Still. It’s totally gonna suck when one of us does get married, and the other one of us is written about in a lonely section, all alone, at the bottom of the annual Christmas letter.

FORTUNATELY, NOT YET. We’re both still single, alone, and crying often. It is very sad.

What isn’t sad is that I am only one class short of graduating from UNM. I also move out next month. So hey, moving out at 24 is right on time! Right? I hope you’re nodding yes, wherever you are. I know mom is.

Caleb is back in community college and then after next semester… you’re guess is as good as mine. Which is probably a guess as good as his. I’ll let you know next year in the next letter. The next six months of his life is always a surprise. He doesn’t get bored.

John 1:14 (NLT) So the Word became human and made his home among us. He was full of unfailing love and faithfulness. And we have seen his glory, the glory of the Father’s one and only Son. James 1:17 (NLT) Whatever is good and perfect comes down to us from God our Father.

Micah (and parent appropriateness editors) for all.