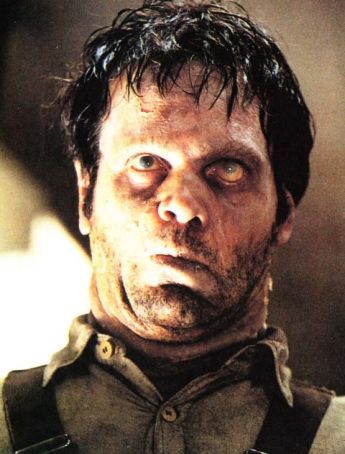 I think I’ll try to work this up to be the introduction/chapter one – and then take some of the stories out that i was going to use. Just too many resurrection stories in the Bible – about 9 at my count – that really don’t fit anywhere close to being zombies. I do want the book to share the gospel, but don’t want it to become a bate and switch either.

There are legends of zombies from Africa, the southern United States, the Caribbean, the French West Indies – and from some accounts the Far East.. There are legends of African trains being run by zombies, of people being zombified by children, and of witches killing people in order to possess them. These aren’t current made-for-TV scripts, they are honest oral histories.

The word ZOM-BIE (Zom/be) is Kimbundu, a language spoken in the Republic of Angloa. In Kimbundu, “zombie” means ghost, or departed spirit. Zombie is also the name of a snake god in West Africa and Haiti and, according to “The Free Dictionary,” the southern United States. I now bring my double-tap shotgun with zombie ammo when traveling to Lake Charles.

I’ve been going to Haiti most every year for the last 8 years or so, and still remember my first trip the best. I was speaking at a Church in Port-au-Prince when I heard drums outside our building. They kept getting louder and louder – sounding closer and closer. The voodoo priests were attempting to drown out our service. Thankfully, they didn’t send any zombies in to get us. That would have worked.

The zombie legend is most clearly traced back to, and documented in Haiti.

In the 1980s Canadian anthropologist Wade Davis investigated the zombie thing in Haiti. He came to the conclusion that Voodoo priests were drugging their victims, reducing the heart and respiration rates low enough the village would believe the person dead. After the victim was buried, they would then be exhumed and partly revived by the same priest who had drugged them to begin with. The priest would continue to keep the person drugged, creating his own personal zombie to take on walks – or to terrorize the village. Davis’ research has remained a topic of speculation. A theory is best reproduced to be proven, and people tend to wimp out when asked to “Take these two pills and climb into the casket.”

The stories of zombies could all be made up – could be. But, if we can find them in the Bible, maybe they are true after all.

Today’s zombie literature is a bit different. Due to movie/book/game ratings, we now have zombies that run in hoards, rudely eat people without utensils, and need to be shot twice to die. Most inconsiderate.

It seems to me, to find zombies in the Bible, we need a clear definition of what we are looking for.

Wikipedia defines zombies as “an animated corpse raised by magical means, such as witchcraft.”  I like that. It’s not a resurrection, as they are no longer what they were. There are at least 9 resurrections in the Bible, from kids to Lazarus to Jesus, but they all come back normal again. When I think of a zombie, I think of Edgar’s corpse possessed by The Bug the first “Men in Black” movie. Classic alien zombie, before zombies were cool.

The one word I’d change in Wikipedia’s definition is “animated.” According to my thesaurus, animated means “lively bubbly, perky, vivacious.” Hardly a zombie. I think “obsessed” would fit best.

So, what we are looking for in the words of the world’s oldest and most trusted book is, An obsessed corpse raised by magical means, such as witchcraft.

To meet this definition. . .

They don’t have to drip blood, or

Stagger when they walk, or

Travel in hoards, or

But it would be nice.