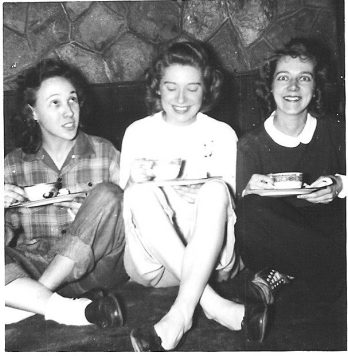 Two stories. One by my mother (on the right at college in the picture). The other by my son. Both well-written, with absolutely nothing else in common – except that they are both great fun to read. I hope you love them too. They would have made one creative writing team.

By Mom, Dorothy Cooley – from sometime in the ‘50s

One of the greatest blessings to me, years ago as a new student at MBI (Moody Bible Institute), and a comparatively new Christian was the challenge of the practical work assignments. One of the nurses approached me and told me of a young 14-year-old girl, Stephanie, who was dying from the effects of a malignant tumor. She was not in the ward, but had been moved into a room by herself. Both of her parents were with her.

“She’s already received the last rights,” the nurse told me, “but she continually cries out both in pain and in fear. Please visit her. She has terrible nightmares because she is so afraid to die.”

I prayed as I had never prayed before, and followed the nurse to her room. I had never yet led a soul to Christ. So many thoughts were rushing through my mind. What if her folks won’t let me speak to her? But there we were at the door.

Both parents were seated by the window, looking so despondent. Stephanie was, of course, lying in bed, so thin, yet the area in which the tumor was located could clearly by seen as a large bulge under the bedspread.

After asking the parents for permission to speak to their loved one about Christ, they quietly consulted together for a few moments and then decided it would be all right. Even though it has been many years, I still remember looking into the face of this frightened young girl who knew she didn’t have long to live and had such a fear of dying. The Lord, in His graciousness, used the verses that were quoted to Stephanie as it was explained to her very simply that the Lord Jesus Christ is the Way, the Truth, and the Life. That He loved her and had given His life for her and had risen with her in mind.

As the question was put to her, “Won’t you trust in Him Who gave Himself for you as your own Savior?” Stephanie nodded yes. She could not speak. And as prayer was offered, I saw one pass from death unto life, from darkness to light. Her facial expression relaxed, and her eyes reflected an inner peace and trust in the Lord. She even attempted a smile.

The visit was a very short one, and as the prayer was ended, the nurse returned, telling me it was time to leave. Saying goodbye to the parents and thanking them, I was able to tell them that the daughter they loved so much would, in the Lord’s time, be in heaven, and I was able to leave a gospel tract with them.

The following week I literally rushed to her room – only to be told that Stephanie had passed away a few days before, and the nurse added, “After last week’s visit, she never cried out in fear again – she really seemed to be at peace.” As I rode back to school on the streetcar, many thoughts came to my mind. As a new Christian in Bible School I had met so many young people who seemed to have so many special talents that the Lord could use, a special ministry in music or in some other area, and I wondered why the Lord had led me there. So that afternoon the Lord taught me some very important lessons – He used His Word, through the power of the Holy Spirit, to bring a soul to Himself – and in His graciousness had allowed me to be an instrument. I did not need to wish I could do what some other young people could do – I just needed to let Him guide in the way in which He had planned for my life.

Many times the Lord has brought the memory of that afternoon back to me, and reminded me of that lesson – for the message that we have to share is one for which there is absolutely no substitute – “But these are written that ye might believe that Jesus is the Christ, the Son of God, and that believing ye might have life through His name.” John 20:31 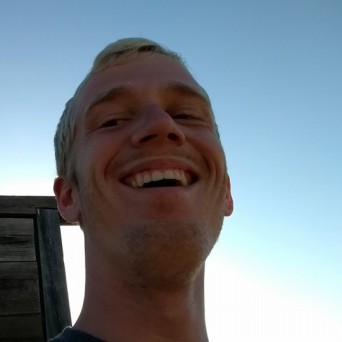 Frozen is a great analysis on how people with depression often push loved ones away, and how they often don’t know how to ask for help.

Tangled is a well written and nuanced look at toxic and abusive relationships between parents and children, as seen through the eyes of the victim.

Mulan is an excellent story that builds up a woman of conviction and character that doesn’t disrespect the authority placed over her, but defies it in order to be a positive change in the world.

Beauty and the Beast is about a woman who finds the beauty and love in pain, who strives to further her own education, and repeatedly saves her father.

Little Mermaid is about an idiot who wanted to make out with some dude who looks like the least attractive Jonas Brother.

What a stupid princess.

Would have been a dynamic writing duo, no?

New Book Cover and Back – coming out for Christmas 2018 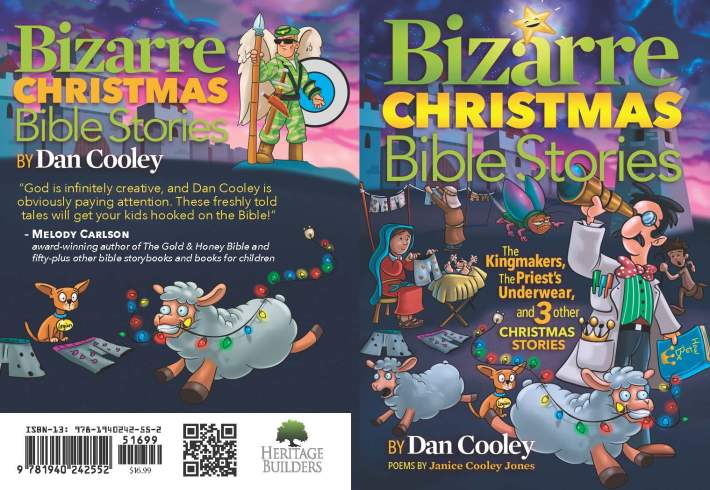