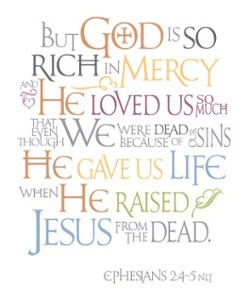 This blog was written by Chuck Swindoll

Why We Love Easter

The path of the pale horse snakes through a grim, dark valley. All attempts to remove the venom of death’s sting prove futile. Try as we may to steer clear of that pale path, we finally realize it’s inescapable. Like an uninvited guest at dinner, it shows up—always at inappropriate times—and there it stands, expecting to be seated and served. When it decides to return to its grim, dark valley, it never leaves alone; without asking permission, it takes someone we love with it. We grieve in its wake . . . our loss is palpable.

Not wanting to call the intruder by name, we seek less-offensive titles. No matter which we choose, each sends a chill down our spine: life’s final exit, an untimely end, the last roundup, the Grim Reaper, the grisly terror, one’s final hour, gone away, passed on, “journey’s end” (Shakespeare), “that dreamless sleep” (Byron), “the last enemy” (Paul), “the debt we all must pay” (Euripides).

If that marks the end of our existence, “we are of all men most to be pitied” (1 Cor. 15:19). Truth be told, that is the pitiable existence of most who lose their loved ones. Since they haven’t the one ingredient that could lift them above their grief, most folks get trampled beneath the hoofs of the pale horse. Their emptiness is reflected in Peggy Lee’s cynical song of yesteryear. In it she asks, “Is that all there is?”

No! A thousand times, No! That is not “all there is.” But in order for anyone to give such a bold answer, there must be that one ingredient I mentioned earlier. HOPE.

And what gives us this hope? The resurrection of Jesus!

Because He has been raised, death loses its sting. Listen to the hope in this magnificent promise: “For as in Adam all die, so also in Christ all will be made alive” (1 Cor. 15:22).

Why do we love Easter? Because it reroutes the grim, dark valley of death, leading us onto a glorious highway of hope.